According to reports, Jesse Hughes of Bonnots Mill, Missouri landed a massive Black Carp while fishing on the Osage River. The Missouri Department of Conservation reported that Hughes was catfishing earlier this month when he landed the Black Carp, a species he’s never heard of before.

Hughes told the Missouri Department of Conservation the moment he knew he snagged a monster, “We hooked into it and knew it was something big, but I originally thought it was a catfish. It was the first I’d heard of a black carp.”

Black Carp can grow up to five feet long and weight as much as 160 pounds. This species of fish is on the Prohibited Species List for Missouri which means no one can import, export, purchase, or sell them alive.

In 1994 Black Carp were introduced into the United Staes to help control snail problems in commercial fisheries. They eventually escaped in the Osage River where they now threaten other native species. The Missouri Department of Conservation asks anyone who catches these fish to notify their local conservation agency immediately. 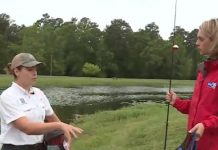 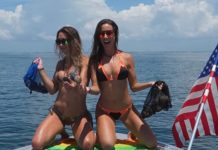 Scalloping with Jen and Luiza in Florida (VIDEO) 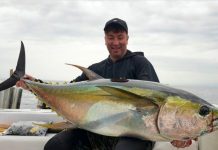 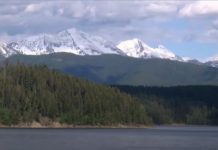 Angler of The Month

January’s Baitshop.com Beauty of the Month 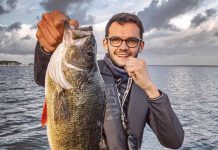 How to Catch Massive Perch 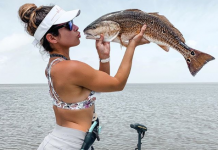 Who has the Best Fish Kiss? 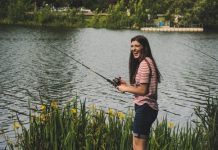