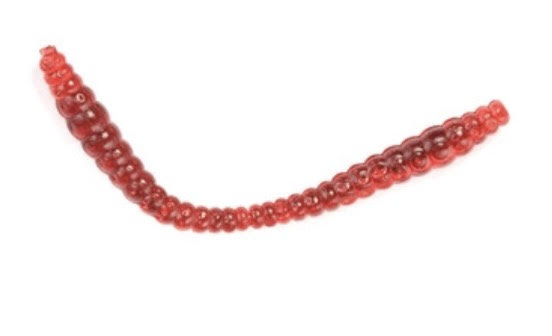 The plastic worm is arguably the ultimate bass fishing lure. With so many to choose from, it can be difficult to know the best. Here is a guide for you to follow.

The classic style rubber worms that all anglers know are ribbon tail worms, like the Zoom Magnum II Worm. This nine inch ribbon tail worm has been around forever, and continues to be one of the best.Report this ad

Ribbon tail worms have a nice tail-kicking action as they move through the water. They perform best when Texas Rigged or Carolina Rigged. For a color suggestion go with green pumpkin or junebug.

Another more recently popularized soft plastic worm is the Senko Worm by Gary Yamamoto. The best part about these worms is they perform in just about any body of water. You can Texas Rig a bigger Senko for fishing heavily weeded areas or Wacky Rig a shorter one for more of a finesse presentation.

The five inch Senkos are the most popular size, and work extremely well whether Texas Rigged or Wacky Rigged. We suggest watermelon, green pumpkin w/ black flake and green pumpkin with red flake.

Selecting the right worm is based on the water you’re fishing and the conditions of the area you are targeting. That is going to tell you what presentation you want to achieve. From there, there are four factors to determine that will make up the rig and worm presentation that will work best.

These four factors are what makes one worm different from another. Once we have the worm selected we then need to determine how to rig it. But first let’s take a closer look at each factor and how to decide on each one.

The style of worm you choose determines the action and profile of the bait. There is a wide selection of shapes when it come to soft plastics, as well as their range of action. Some soft plastic baits have a ton of action and some have no action at all. Here are some pointers to help decide if you should use a tail for the additional action or not.

These are the classic rubber worms, a straight body down from the head that transitions to a curly tail on the end. These are usually Texas Rigged at the head, leaving the tail free to flap in the water as the bait moves.

These worms have no action at all, sometimes referred to as “do nothing” baits. These can be Senko style worms, or longer trick worms. But the one thing they all have in common is they have no tails or appendages to create action.

When the bite gets tough there aren’t many options better than finesse baits, and finesse worms make up majority of the category. These are small worms designed to be rigged and fished with light tackle.Report this ad

Big and ugly is the best way to describe a creature bait. If these things were real they’re the last thing you’d want to see crawling up your leg. They typically have a lot of bulk to them, made up of antennas, legs, and other appendages. These baits are commonly used as flipping baits for punching.

The best way to describe a grub is a shorter version of a ribbon tail worm. The main part of the body will usually only be an inch or two long, followed by a curly tail about the same length.

Tubes are accurately named, since they are in fact tubes made of soft plastic. Their hollow bodies transition into a shredded tail end that acts as a skirt. To rig a tube, the weighted jig head slides inside the bait and the line tie pops through the plastic. Tubes are well known for being one of the best smallmouth lures.

If you’re fishing dark or stained water you should fish a brighter colored worm, or at least mix in some bright colors like a worm with a chartreuse tail. Rubber worms don’t create a lot of attractive sounds in the water, so in dark water bright colors are going to help get a bass’s attention.

In clearer water you want to use darker, more natural colors. You may have heard the phrase “match the hatch”. In clear water, where a bass will rely more on vision for hunting prey, that couldn’t be more important. These are your green pumpkins and darker brownish colored worms.

Selecting a worm size may be the most important piece of the puzzle, and one of the biggest deciding factors on whether or not you get bit. The smaller the worm the more bites you are going to get, that’s going to prove itself true more times than not. But if you’re looking to catch big bass then you should fish a bigger worm.

So like with all bass lures, when the bite gets tough you downsize. The pro’s have been telling us this for years, and the same applies to rubber worm fishing. But if bass are active, then you can increase the size of your worm, in hopes of catching a bigger bass.

And of course there’s the old rule of thumb we’ve been reading for years. The colder the water the smaller the bait and the warmer the water the larger the bait. Here is a quick bulleted recap on how to determine the size of the worm.

How To Rig A Soft Plastic Worm

There are many ways to rig a rubber worm, and how you determine what rig to go with will depend on the conditions you’re fishing. The four most popular worm rigs are the Texas Rig, the Carolina Rig, the Wacky Rig, and the Ned Rig.

Each one has its strengths and weaknesses, making some better in certain scenarios than others. Let’s take a closer look at each one and when you want to use it.

The Texas Rig works well with just about any type of worm, and can be rigged with different size bullet weights. The weight can either slide freely or be pegged to the line, keeping it tight to the head of the worm.

The Carolina Rig is similar to the Texas Rig, except there is a leader involved that keeps the weight further from the worm. Before the leader is a bullet weight and glass bead threaded on the mainline, where it then ties to a swivel. On the other end of the swivel is the leader that is usually about twelve to eighteen inches long. And at the end of the leader is the worm that is rigged Texas style.

This allows the worm to swim freely rather than crawl, like the Texas Rig. As you drag the weight along the bottom, the worm is free to float above. How far above is determined by the length of the leader. The worm floating across the bottom like this gives the bait a very natural looking presentation.

This is one of the most simple ways to rig a worm, and ironically one of the most effect ways to catch bass. The first time an angler sees a Wacky Worm they do a double take, and understandably, it looks ridiculous. Hence the name.

The rig is simply a stick worm with a hook through the middle of the worm. We suggest using a Gamakatsu Finesse Wide Gap Weedless Hook with a Wacky Ring. The wacky rings are not necessary but they do help the worms last longer. That’s one disadvantage to this rig, you can blow through a pack of worms like nothing they way they rip off.

The Ned Rig is a newer worm rig that has become extremely popular amongst worm fishermen. It’s mainly a finesse rig that is a serious numbers producer. And like with most finesse baits, the Ned Rig works extremely well in tough conditions.

The rig is fairly simple, made of of a short stick-worm rigged on a weighted jig head. Technically it’s not a new rig, people have been fishing like this for decades. But it’s recent popularity earned itself a name.

Rule number one when fishing a plastic worm is always keep tension in the line. If your worm is sitting on the bottom and you have slack in your line you are not going to feel a bass take it. Bass don’t bite worms, they suck them in, and it can be hard to feel even with proper line tension.Report this ad

It’s important when you feel the worm get taken, to set the hook right away. Many times a worm will get picked up and dropped before an angler has a chance to set the hook. To set the hook, pull your rod tip back toward your body. This will expose the point of the hook and allow it to penetrate the lip of the fish.

All credit for these great tips goes to Best Bass Fishing Lures. https://bestbassfishinglures.com/rubber-worms/#Best_Plastic_Worms 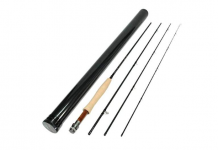 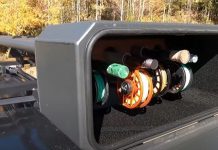 Do You Need a Fly Rod Vault? (VIDEO) 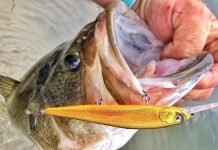 Tie The San Diego Jam Knot Like a Pro (VIDEO) 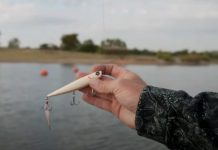 These are the Top 3 Fall Topwater Fishing Lures 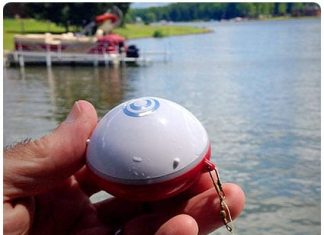 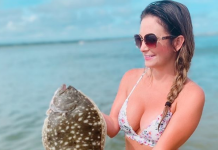 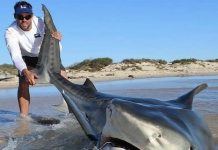 The 10 Best Places to Fish in Florida 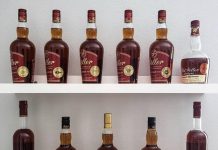 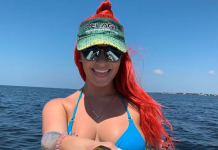 How to Choose the Right Hook