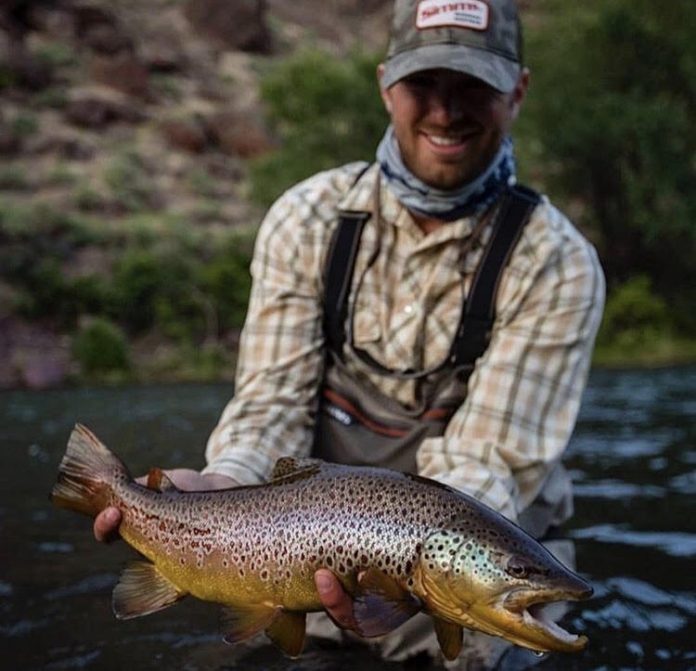 In the fall when Nathan Diesel is stalking big brown trout with a fly rod, he’ll often pass up casting to 6-pounders that he’s spotted because he knows there are bigger fish to be caught.

He’s looking for the 8- to 10-pounders, or maybe even bigger.

Even with such high standards, Diesel said he expects to catch one of those trophy fish a week when he’s putting in the time. He said he probably averages about 15 fish a year over 10 pounds.

Diesel is a Kansas City, Mo., angler who made a splash last month in the Billings area by landing a 38-inch, 16-pound northern pike while casting for brown trout on the Bighorn River. A reader of that story suggested Diesel reveal his techniques for trophy brown trout, and he gladly obliged.

Diesel has two tactics for big browns. One is to sight fish from the bank using small nymphs. The other is to cast large articulated flies, like the one that landed the Bighorn pike.

For Diesel, the streamer fishing works best in the fall — around September and October — and early spring — between February and March. In the fall he’s targeting fish getting ready to spawn by teasing their territorial aggression. In the spring he’s seeking fish looking for a big meal.

In the fall, the big flies resemble other fish, tied in rainbow and brown trout colors, olive and tans, yellows and whites. In springtime he’s just looking for a flashy pattern. He likes the big articulated flies because they have better movement and when a fish strikes the fly short, there’s a second hook to catch them.

“Mike Schmidt has an original pattern called the Junkyard Dog that was one of the first articulated patterns I used,” Diesel said.

The type of materials used in such big flies, which may stretch out to 5 inches long, is important, he emphasized.

“I try to use a lot of synthetic stuff because it sheds water fast so it’s not so heavy when you pick it up to cast.”

By using water-shedding materials he can get away with using a lighter 7- or 8-weight fly rod.

“You really want to tie a fly that pushes a lot of water. That’s why I tie patterns with big heads.”

To sink the big flies, Diesel uses a sink-tip line and casts quartering upstream. He’ll give the fly a few strips as it floats downstream and then strip faster once it passes him.

“You have to vary the technique,” he noted. “The fish will tell you what they want — a fast strip or slow.”

The rest of the year Diesel is sight fishing to big brown trout. To do that he hikes downstream about 7 to 10 feet away from the bank and, wearing Polaroid sunglasses, scans the water for feeding fish.

“You spend more time walking and looking than fishing.”

He’s scanning for shadows, or the white flashes of a fish when they turn sideways to grab something off the bottom. He also looks for the white of their mouths as they open them to feed.

“The key is to not spook them. It’s a lot like hunting.”

Diesel has his rod rigged with a 4x or 5x 9- to 12-foot leader to keep as much fly line off the water as possible. Small scud patterns in a size 16 are popular on the White River, along with the occasional sowbug. Above the fly he ties in his weight, a BB or double BB depending on the water speed. Above that he attaches a strike indicator. Diesel will typically cast to a fish 30 feet away, although if he can sneak closer he’ll try to close the distance so his cast can be more accurate.

“I want that weight to hit the bottom. I want the fly to swing on that pendulum and rise right in front of that feeding fish. The indicator tells me I’m on the right line to the fish. As soon as you see him open his mouth, you set the hook. You are watching him eat that fly. It only works in slower water.”

So Diesel is looking for seams and slack-water edges along the river. He uses the same technique to catch 10- to 12-pound carp on creeks near his home, as well as to catch steelhead — sometimes 40 a day — that run upstream from Lake Erie.

“Any time I’m on the water I’m going to try to sight fish. So I always have two rods rigged.”

All credit for these awesome tips goes to Billings Gazette. https://billingsgazette.com/lifestyles/recreation/techniques-for-hunting-big-brown-trout-with-a-fly-rod/article_981f9a1a-6cbe-57b8-b3cf-db791a8b97b6.html 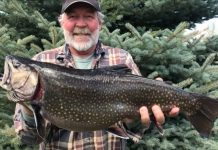 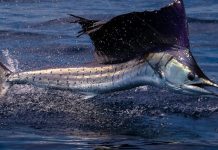 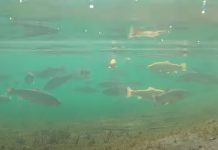 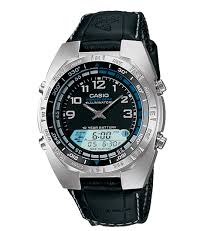 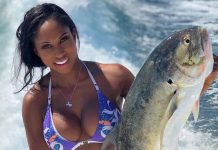 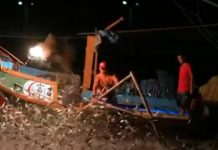 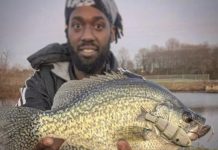