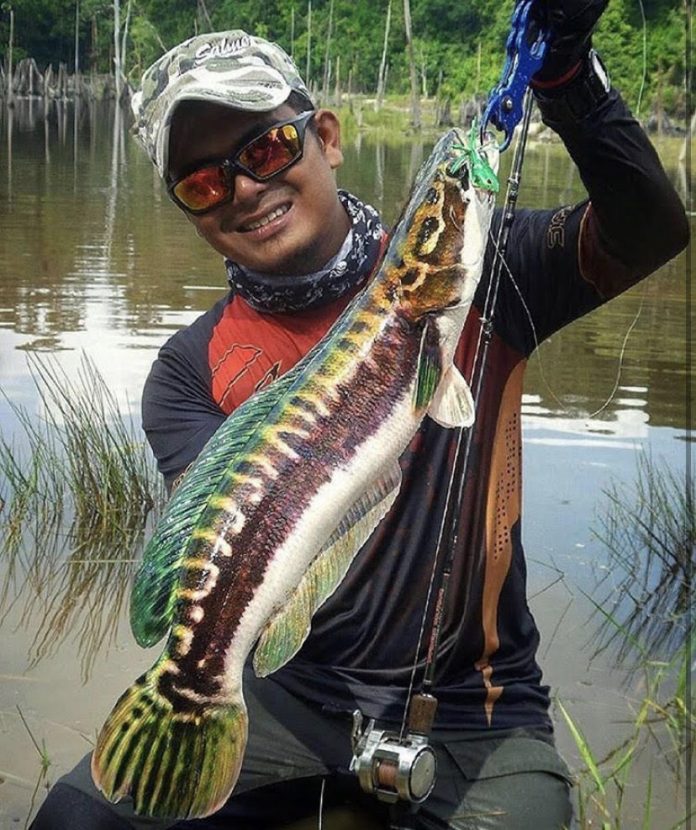 Dogfish. Grinnel. Mudfish. None of the regional names for bowfins are particularly flattering. That’s not surprising. With that mouth full of teeth, snakelike body, and viciously cold stare, a bowfin sighting conjures an icky reaction for many anglers.

Bowfins thrive in anything from mucky swamplands to pristine lakes and rivers, and when one mangles a perfectly good spinnerbait, cuss words fly among bass anglers. The funny thing is that in a fishing culture so worried about invasive species and preserving native fish, the bowfin is often falsely touted as a bad guy. The truth is that they were around millions of years before every gamefish we love. They have remained largely unchanged since the time of the dinosaurs, and I only had to catch one to decide I’d take the fight of a dogfish over that of a bass any day. I’m not alone.

The range of the bowfin stretches as far north as Quebec, down to Florida, and as far west as Texas and Minnesota. The difference between bowfins and other “trash fish” like alligator gar, however, is that despite being the target of general disdain and even some eradication efforts, bowfin populations have remained strong. According to Dr. Solomon David, a research associate at Chicago’s Shedd Aquarium who has done extensive fieldwork with the species, bowfin health speaks to the health of an entire watershed. In other words, bowfins do not destroy other gamefish populations.

“Like other predators, bowfins will eat whatever prey is more abundant, including gamefish,” David says. “But in doing so, they help prevent potential stunting in gamefish. They also tend to prefer quiet, vegetated waters, so their presence can be indicative of good habitat, and these habitats often serve as nurseries for gamefish.”

One thing that should make bowfins appealing is the variety of ways they can be caught. I’ve hooked them on everything from chunks of mackerel lying on the bottom to hollow-body frogs chugging through pads. Live bluegill under a bobber? Gone. Finesse bait twitching over the grass? Pulverized. No matter what they eat, or where in the water column they eat it, bowfins hit hard. Then, after that initial blow, you have to actually land the fish, which comes with its own set of challenges.

Six years ago, my friend John Sherlock had gotten pretty bored with trout, so the St. Paul, Minn., native turned his flyfishing attention to northern pike. One day, while he was stripping a streamer in an oxbow of the Mississippi River, a bowfin took a shot. This accidental catch instantly turned Sherlock into a bowfin addict.

“Bowfins are arguably the most scrappy ­junkyard-​dog fish in freshwater,” he says. “Targeting them shallow when you can see them is especially fun. Sometimes you have to agitate them into striking by dropping a fly right in their faces, but when they hit it’s like a black hole opens in the water. They’ll run at your feet or head for snags. You can’t compare it to a trout fight.”

No matter how you target bowfins, the same rules apply to tackle. These fish have hard mouths with lots of cutting and clamping power. Strong, sharp hooks are essential for not only penetrating the jaw but also staying pinned as a bowfin spins and twists wildly during the rumble. Stout rods aid in making a forceful set and strong-arming the fish away from cover. If I’m fishing conventional gear, I like a bass stick designed for frogging. With fly gear, I’ll take a fast 8-weight rod. At minimum, 30-pound braid is pretty safe, but there’s no harm in beefing up to 65-pound. You are, after all, angling for a living dinosaur that’ll be really ticked when you set.

All credit for these awesome tips goes to Field and Stream. https://www.fieldandstream.com/under-dogfish-why-bowfins-should-be-on-your-hit-list/ 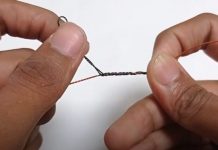 How to Tie the Yucatan Knot (VIDEO) 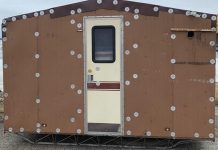 Ice Angler Safe After Shanty is Blown Across Michigan Bay 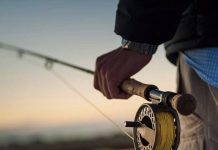 How to Choose the Right Fly Rod and Reel for You 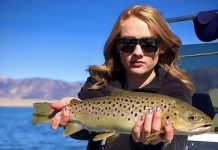