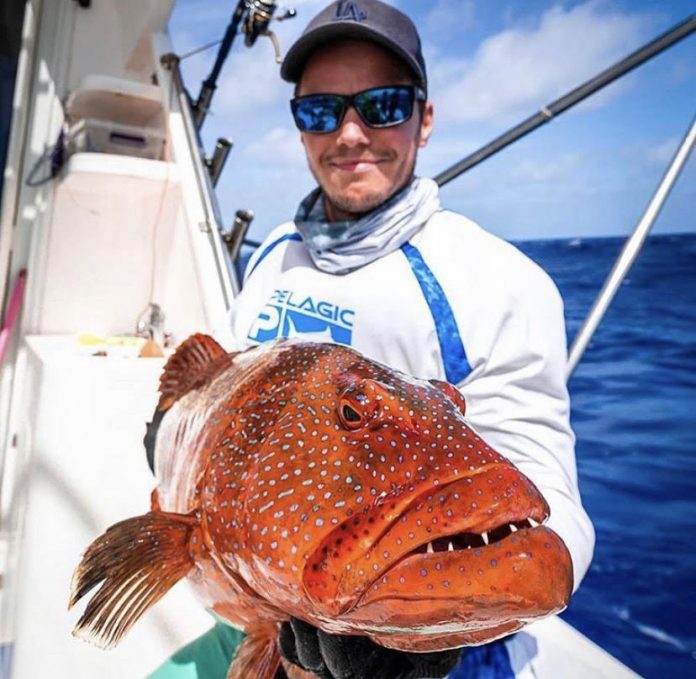 Also known as the leopard trout, this guide has everything you need to know to net this giant fish.

The coral trout belongs to the Serranidae family and is an excellent table fish. The large and robust fish is usually red in color and has variations of spots and waves on its body that wary with species.

The mouth is large and lined with many layers of teeth and the eyes have a distinctive blue ring around them. The fish is native to the western Pacific Ocean and can be found both in the open sea and in coral reefs.

This trout species moves between neighboring reefs and rarely ventures far from its habitat. Much of that movement is attributed to the spawning season when the trout has to swim towards spawning sites.

Coral trout prefer to remain in Fiji reefs or Fiji coral and as deep as 100 m underwater. This includes large coral lumps, deep crevices, and ledges that they can hide in.

The fish can also be found around wrecks, wharves and other submerged manmade structures in most northern waters. At most, it moves 500 m from its main reef and only moves to another one during the spawning season.

How to Catch Coral Trout

One look at this fish and you know that you have a fight on your hands. The aggressive and predatory leopard trout is always eager to snap up any lure from surface poppers to diving minnows and even on the fly. If you prefer to go for an artificial lure, you cannot go wrong with a jig. These will allow you to fish vertically and accurately. If you are using live bait, use pilchards or banana fish.

If you are using metal jigs use ones that can give wide, fluttering action so you can fish slowly. You can also try an octo jig which will mimic a small squid just above the seafloor. If you prefer bait, use soft plastics such as scented stick bait that is about 4 to 7 inches long. Make sure that the one you get is not too soft – the strong jaws and sharp teeth of the leopard trout will slice through fragile ones easily.

The coral trout spawn during spring but the fish can be found year-round in abundance. It tends to go into a feeding frenzy in winter to get stronger before the breeding season. Yet, the best time to catch this species is in April, May, and June in shallower reefs.

How to Clean Coral Trout

How to Cook Coral Trout

Q: How large can coral trout get?

A: Depending on the species, the fish can grow to about a meter in length.

A: The flesh of the coral trout is moist, firm and pearly white in color. It has a sweet taste and is often served whole.

Q: What are the other names of the coral trout?

The leopard trout may be an aggressive species but it’s so delicious when cooked right that seasoned and novice anglers can’t get enough of it.

If you have any tips that helped you catch this feisty fish share in the comments section and share this guide if you liked it.

All credit for these awesome tips goes to Cast and Spear. https://castandspear.com/coral-trout/ 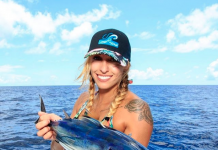 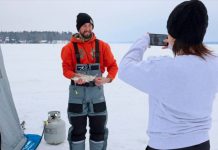 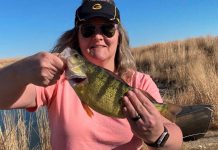